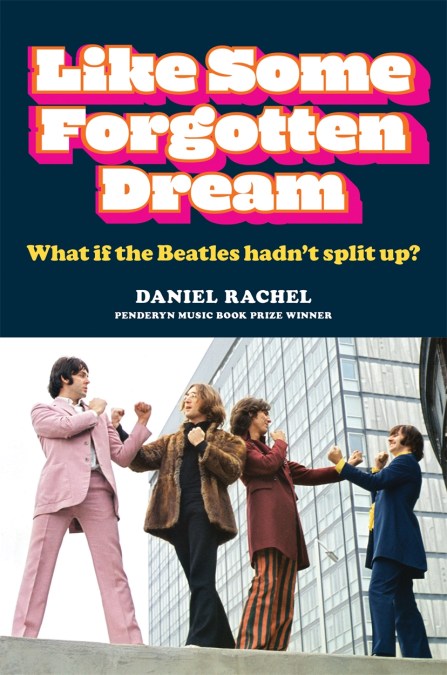 This is the story of the great lost Beatles album.

The end of the Beatles wasn’t inevitable. It came through miscommunication, misunderstandings and missed opportunities to reconcile.

But what if it didn’t end? What if just one of those chances was taken, and the Beatles carried on? What if they made one last, great album?

In Like Some Forgotten Dream, Daniel Rachel – winner of the prestigious Penderyn Music Book Prize – looks at what could have been. Drawing on impeccable research, Rachel examines the the Fab Four’s untimely demise – and from the ashes compiles a track list for an imagined final album, pulling together unfinished demos, forgotten B-sides, hit solo songs, and arguing that together they form the basis of a lost Beatles masterpiece.

Compelling and convincing, Like Some Forgotten Dream is a daring re-write of Beatles history, and a tantalising glimpse of what might have been.

Don’t Look Back in Anger:
‘A-grade, A-list’ – The Sunday Times
‘A rollicking read’ – Mail on Sunday
‘Remarkable’ – Art Review
‘Book of the Week’ – The Guardian 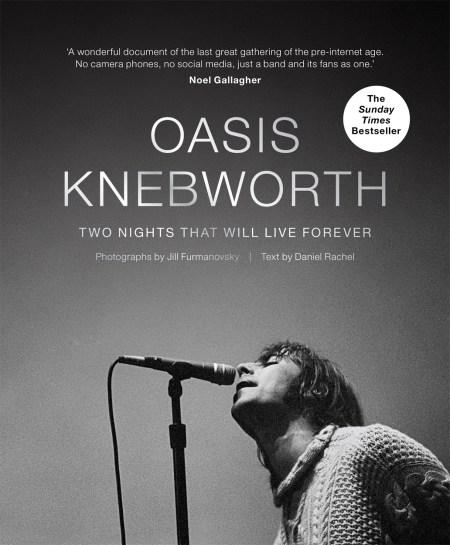 by Daniel Rachel by Jill Furmanovsky
***

A wonderful document of the last great gathering of the pre-internet age. No camera phones, no social media, just a band and its fans as one‘
-NOEL GALLAGHER

“STUNNING… The iconic images by Furmanovsky capture the glorious madness of it all.”
– ROLLING STONE MAGAZINE

“Furmanovsky was a favourite of Oasis and given complete access at the event.”
-THE TELEGRAPH

On 10th and 11th August 1996, Oasis played the concerts that would define them, a band at the height of their powers playing to over 250,000 people.

Twenty-five years on, this is the inside story of those nights, told through the breathtaking photographs of Jill Furmanovsky, granted unprecedented access to Oasis throughout that summer. Also includes newly obtained first-hand accounts from the people who were there – including Noel Gallagher and Alan McGee – in text by award-winning author Daniel Rachel.

From relaxed rehearsals and warm-up concerts to Knebworth itself – backstage, onstage, flying high above the site – many of the stunning photographs in this book have never been seen anywhere before.

This the definitive account of two nights that a generation will never forget.