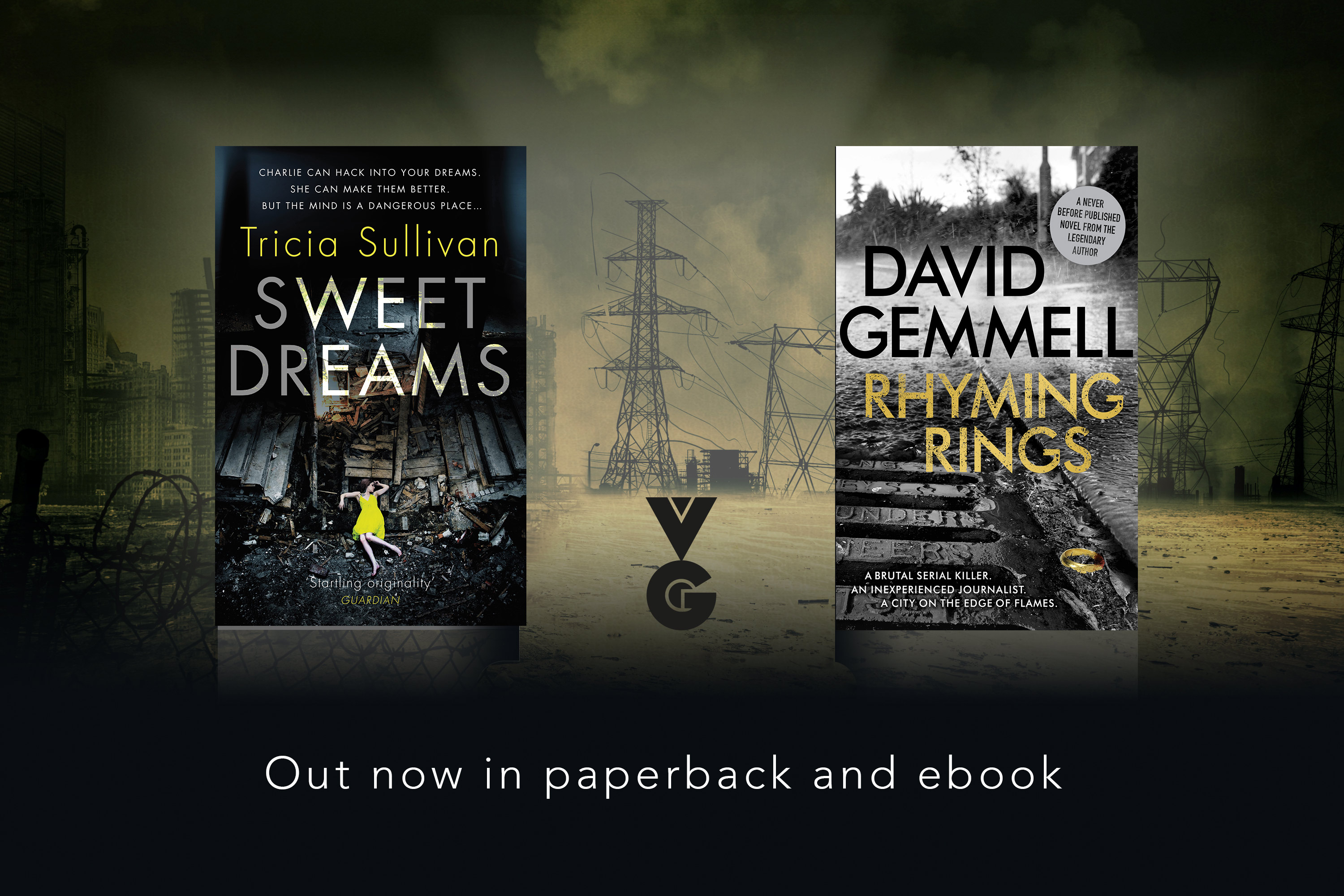 It’s publication day! We’ve got a thrilling, near-future SF all about dream-hacking and a killer who haunts your nightmares from an Arthur C Clarke award-winning author. It’s also the paperback publication of David Gemmell’s first novel, never before published!

Dreamhacking. The ability to enter someone’s dreams and influence them. Charlie uses her power for good, to help people – but not everyone is as nice as Charlie.

Charlie is a dreamhacker, able to enter your dreams and mould their direction. Forget that recurring nightmare about being naked at an exam – Charlie will step in to your dream, bring you a dressing gown and give you the answers. As far as she knows, she’s the only person who can do this. Unfortunately, her power comes with one drawback – Charlie also has narcolepsy, and may fall asleep at the most inopportune moment.

But in London 2022, her skill is in demand. And when she is hired by a minor celebrity – who also happens to be the new girlfriend of Charlie’s lamented ex – who dreams of a masked Creeper then sleepwalks off a tall building, Charlie begins to realise that someone else might be able to invade dreams…

Sweet Dreams is available now in trade paperback and ebook.

A stunning, never before published, novel from the legendary David Gemmell, with a new introduction from Conn Iggulden.

David Gemmell was the UK’s number one fantasy and historical novelist until his death in 2006. A regular Sunday Times bestseller, and international sensation, his legacy lives on through his novels, his influence on the genre, and through the David Gemmell Legend awards.

An ambidextrous killer is raping and murdering women, leaving virtually no evidence behind, and struggling journalist Jeremy Miller wishes he was covering the case. Instead, he’s stuck with heart-warming local stories about paraplegic teenagers and elderly psychic ladies.

So when his stories and the murder case start to converge no one is more surprised than Jeremy.

Or, it turns out, more at risk.

‘Gemmell is a master of plot, but his triumph is creating men and women so real that their trials are agony and their triumph is glorious’ Conn Iggulden

‘Above all, terrific storytelling’ Time Out