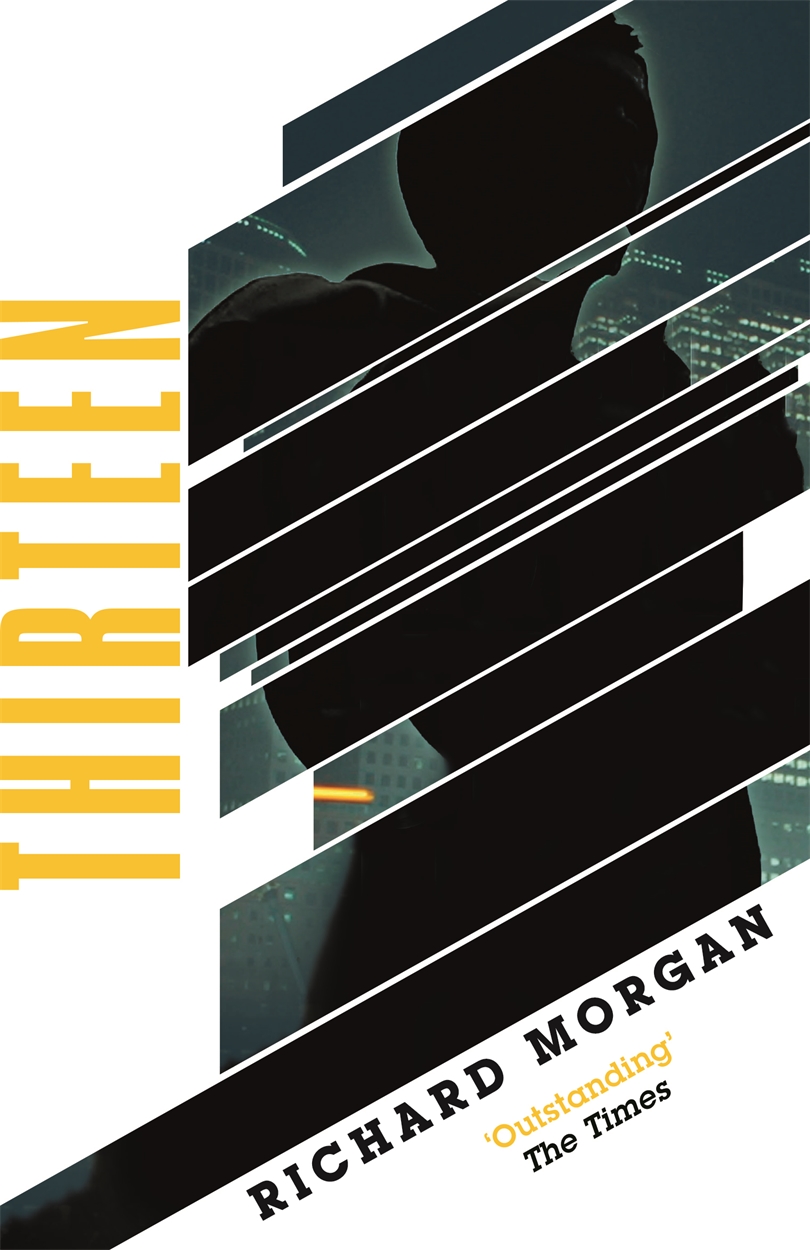 A double-whammy of cover reveals for you today – the first of which is a fresh new look for an old favourite of Richard’s, and the second of which is for his long awaited return to science fiction. Can you believe it’s been eight years? Scroll down, take a look, take it all in!

A sensational thriller from the international bestselling and multi-award winning star of SF combines a savage man-hunt with speculation on the dangers of genetic engineering.

Carl Marsalis, is a traitor to his kind, a remorseless bringer of death and judgement, a genetic freak and an unwelcome reminder of all that is dark in the human psyche. And right now he’s beyond his UN employers’ jurisdiction, banged up in a Florida jail for financing an illegal abortion. So when an ex-NYPD detective and her corporate backers come calling with a job offer and a get out of jail free card, Marsalis cuts a deal on the spot.

The Thirteens are genetically engineered alpha males, designed and trained to fight the 21st century’s final conflicts. But men bred in the bone to fight are dangerous to have around in peacetime, and the world has rejected them. Many have taken the one-way ticket into voluntary exile on Mars, but now one has returned. Somehow, he survived an illegal journey back to Earth, and a series of brutal slayings has erupted across America in his wake. Someone has to find out what he wants and stop him. And as the world’s only freelance Thirteen hunter, Marsalis just aced the job interview.

And so begins a frenetic man-hunt and a search for the truth about what was really done with the world’s last soldiers.

Thirteen is an unstoppable SF thriller, but it is also a novel about prejudice, monsters and the horrific ramifications of playing with our genetic blue-print.

Thirteen is releasing on 6th September 2018 and is available to pre-order now!

An atmospheric tale of corruption and murder for hire set on a lawless Mars, from the author of the award-winning science fiction novel Altered Carbon, now a major series on Netflix.

Ex-corporate enforcer, Hakan Veil, is down and out in exile on Mars when he’s forced into the job of body-guarding the mysterious Madison Madekwe, ranking member of a powerful colonial audit team investigating a disappeared lottery winner. But when Madekwe herself disappears, and Veil is nearly killed at the same time, the investigation takes him further and deeper than he had ever expected. And soon Veil discovers that he may have to pay a very heavy price to retrieve Madekwe and learn the truth.

Thin Air is releasing in hardback, eBook and audio download on 9th October 2018 and is available to pre-order now.

Behind the Scenes: Sirocco Cover Reveal