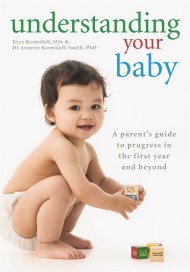 Babies arrive in the world already equipped with many skills, reflexes and instincts that help them adapt to and influence their environment as well as…