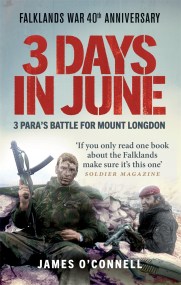 *** 40TH ANNIVERSARY EDITION 'If you only read one book about the Falklands make sure it's this one.' - Soldier magazine 'An extraordinarily detailed account…