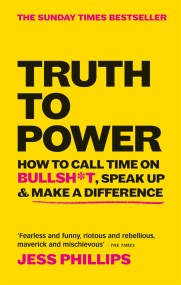 THE SUNDAY TIMES BEST SELLER 'Will ruffle some feathers.' Stylist 'There's nobody else at Westminster quite like Jess Phillips. She is fearless and funny, riotous…