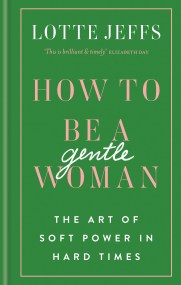 How to be a Gentlewoman

* 'This is brilliant and timely' Elizabeth Day 'Part memoir, part manual - this is the type of book every modern woman can take something…