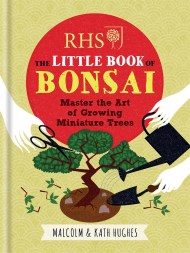 RHS The Little Book of Bonsai

The Little Book of Bonsai will make you an instant expert in the art of growing miniature trees. It is packed with myth-busting surprises, the…