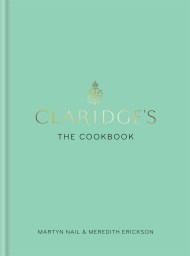 "Claridge's: The Cookbook is a sophisticated addition to your cookbook collection - and a purse-friendly alternative to an overnight stay." Stylist "...not that I intend…