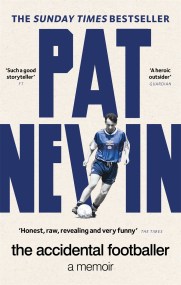 *** THE SUNDAY TIMES BESTSELLER 'A heroic outsider - a pleasure to read.' - The Guardian 'A fulsome evocation of football before the Premier League.'…