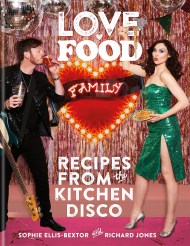 Sophie Ellis-Bextor, Richard Jones and their five boys brought joy to millions throughout lockdown with their Kitchen Discos. Now, they're sharing their favourite family recipes…