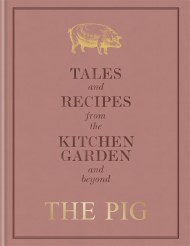 The Pig: Tales and Recipes from the Kitchen Garden and Beyond

The Pig is a collection of restaurants with rooms in Hampshire, Devon, Dorset and Somerset - and soon in Kent, West Sussex and Cornwall. Now,…