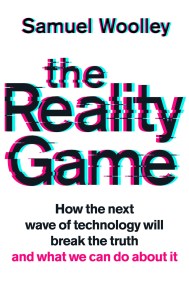 THIS ISN'T AN EPISODE OF BLACK MIRROR. THIS. IS. THE. FUTURE. 'A mind-blowing and essential book for a future that's practically already here. This book…