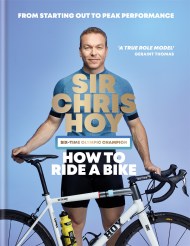 How to Ride a Bike

'Chris is someone I've always looked up to. A true role model.' - Geraint Thomas, 2018 Tour de France winner An invaluable manual for cyclists…