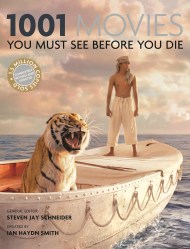 1001 Movies You Must See Before You Die

"I have, by the way, seen 943 of the 1001 movies, and am carefully rationing the remaining titles to prolong my life." - Roger Ebert…