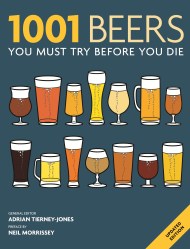 Beer is the most popular alcoholic drink in the world, the most refreshing, the most sociable, and the most versatile. It has been brewed since…