‘I would definitely do it again. Actually, I’d do it with more gusto than I did before. When you first start on these journeys, you have no idea you’ll end up being followed by private investigators working for Rupert Murdoch. I was very, very frightened for a long time. People around me were frightened. People suffered emotionally because of that campaign, people I loved. That all goes with time, you have to end up finding forgiveness, otherwise you just eat yourself. But I would definitely do it again.’

These are the words of my friend and colleague Tom Watson, the Labour MP. Tom found himself on the end of one of the worst campaigns of intimidation I have ever heard about when he started to uncover the scandal that journalists were routinely hacking people’s phones to get stories. ‘I met a woman, who was described as Ms X, who was a victim of a sexual crime and the alleged abuser was in the public eye, and she came to see me and said, “I feel doubly violated by this. This guy did this to me and then the News of the World hacked my phone and my parents’ phone and tried to write a story about it.” Once someone sits in a room with you like that you can’t walk away from that; she didn’t have a voice and I did have a voice.’

Tom explained the sort of pressure he faced when he looked into the scandal. ‘They commissioned a former Metropolitan Police officer trained in covert surveillance to follow me. The undercover journalist Mazher Mahmood was tasked to go through all my private life. I was libelled on the front page of the Sun, accused of being part of a plot to besmirch the characters of families of Tory MPs. It was completely untrue. I subsequently won the case. They exerted political pressure on people in Number 10 Downing Street to try and get me to withdraw the libel case. Then, when I ended up on the committee that was looking into the press, I was followed by private investigators. I was insulted by their editors. They put round rumours that I was an alcoholic who needed to go to the Betty Ford Clinic. They said that I was on a mad vendetta. They denied outright that there was any criminal wrongdoing going on at News International. They used their network of powerful people to talk to me softly, softly, or tell me it wasn’t in my interest to keep looking into it. So, essentially, they threatened me. People often presented trying to stop me as kindness, doing me a favour, they were trying to sort out what they thought was a political problem with a very powerful entity. It was very, very lonely. There are people in the public eye who were frightened to be in the same room as me, in case they’d be seen as an associate in the eyes of the News International people, one who ran for the leadership of the Labour Party. There were very close friends who suggested some form of media management, who were desperately worried about it, and suggested I was having some form of nervous breakdown rather than just being very, very upset at illegal activity, and intimidating conduct.’

What Tom realized and still realizes is that if powerful people are scaring you and intimidating you, it probably means that you are on to something. It should be used as an indicator that you should keep going – not that you should stop.

So often when we face initial fear of speaking up we must dig deep and use that fear as the force that drives us. Focus on the clear outcome of what you are trying to do,

what you are trying to uncover. Without a proper pathway or idea of what you are aiming for, what good looks like, the fear will inevitably sweep you aside. If you know

something can be better, and you can visualize the end and what it would feel like to win, the fear of what you are doing in fact becomes a very powerful force. People say it is the hope that kills you in the end. I’m not sure that is true, but it can lead to a lot of high expectations and disappointment. I have always found that the combination of hope and fear is like rocket fuel to keep me going.

THIS IS AN EXTRACT TAKEN FROM JESS PHILLIPS’ TRUTH TO POWER

HOW TO MAP YOUR WALKS 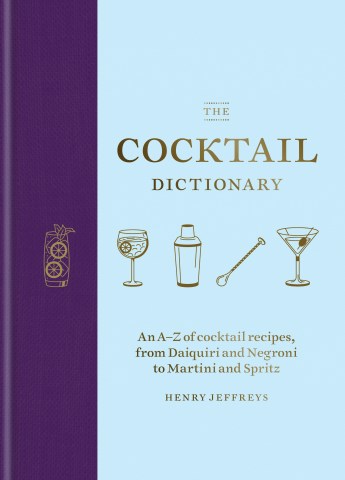