It’s been a ––– year. I’m not sure of the word to use here. There doesn’t seem to be one, or if there is, I don’t know it. Perhaps if I just give you the facts, you can fill in the gap for me.

In the first few weeks of this year a number of people I love have died. Jennifer, the beautiful, graceful, infinitely kind woman who took us under her wing when we first moved to Wales and made us part of her family. My father-in-law, with breathtaking suddenness. Di, the dear mum of dear friends. My own dad.

None of these deaths was a tragedy. All had lived into their eighties – my father-in-law was ninety. And all had died with the people they loved beside them, knowing that their lives had mattered, that they would not be forgotten, that they, too, were loved. But I am left now with a tangle of emotions that I can’t describe, and I can’t put a word to. And perhaps these losses have helped bring something else into focus, that has, for some time now, been niggling away on the periphery of my thoughts. It’s not unpleasant; not one of those vaguely discomforting feelings you get when you might have forgotten something important, or done something that has caused upset, but you’re not sure what.

This is more of a quietly forming and growing realization – maybe consciousness is the right word – that life – my life – could be lived differently – more simply – and that I might be happier for it. I should state right now that I am not unhappy. I’m sad that people I love are no longer around, but not generally unhappy. If life is the lottery some think it is, this particular game of chance has been very benevolent towards me. And it is easy, when life is like mine, with its mix of ups and downs, worries and joys, but nothing too extreme or too challenging, to coast along, content with how things have panned out, slightly of the mind that fate will always be kind. But with the sharp reminders I’ve had that life is finite, the urge to find a way of living that is more fulfilling has become stronger and more insistent. And there is another factor at play. The state of the planet that is our home, that sustains all living things, has never been so fragile. It worries me profoundly that the things we do, or don’t do, the way of life we have become so used to, that we take for granted, really is no longer tenable. As the late scientist and philosopher Buckminster Fuller observed, ‘we are all astronauts on a little spaceship called Earth’, but we are a crew in mutiny.

It seems to be an intrinsic factor of human nature to resist change, even when we know that change may be the very thing we need to embrace. How many people do we know that are miserable at work or hate where they live? That are in unhappy relationships or trapped in financial doldrums? How many of us feel a sort of hopelessness when we hear about another great environmental catastrophe? When the headlines are dominated by news of droughts, landslides, devastating storms? When another animal is declared extinct? And how many of us dream about the possibility of a different sort of life?

But change is daunting and difficult. There is no guidebook or helpdesk or blueprint for guaranteed success. Identifying a desire to change is one thing, actually getting started is another challenge altogether. For me it feels like standing at a junction of tracks with signposts pointing in every direction, but with no indication of where

they would lead me. So I’ve done what I often do when I want to try and solve a conundrum. I’ve opened my notebook, picked up a pen and written a question:

‘What would I change?’ And then I’ve crossed it out. I’ve scribbled the sort of artless doodle of someone who isn’t very good at drawing trying to think. I’ve penned another question: ‘Why change?’

And in answer I’ve written:

* Life feels more complicated than it needs to be

* To have less financial pressure

* To have less dependency on others to make/fix stuff

* To use less resources and reduce impact on environment

* To counter our throw-away culture and needless waste

* Because I don’t want to regret I didn’t give it a go.

It’s not a plan, as such, but it has given me a sense of where to start. And now in that same notebook is a growing list of things that I want to try to achieve and find out more about. I’m not expecting that by the end of the year I will have come up with a beautifully neat, one-sizefits-all solution. Right at this moment I feel as I do when I’m about to undertake a journey to somewhere I’ve never been before and the map I’m using is sketchy and vague. There are lots of questions and ‘what ifs’. There’s the exciting discomfort of uncertainty. I’m sure there will be futile leads, disappointment and failures, as there are on any journey, but I hope there will also be moments of revelation, enlightenment and achievement.

I know I have to be open-minded and always let curiosity get the better of me. I also know I have to be scrupulously honest with myself and accept that some things may not be possible to sustain or won’t feel right for me. And most importantly I don’t want to run away from real life, to go and be a hermit in a cave, or a wandering monk living on the charity of others. This isn’t about living a life of penury, devoid of joy or fun – quite the opposite. It is about finding, or rediscovering, the aspects of life that really matter and having time to value and enjoy them. It is a search for simplicity and the contentment that goes with it.

If you have built castles in the air, your work need not be lost;

that is where they should be. Now put foundations under them.

HOW TO MAP YOUR WALKS 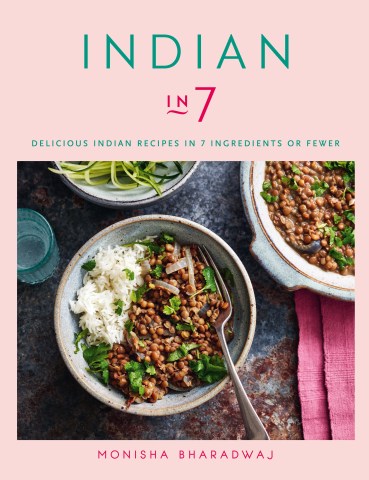